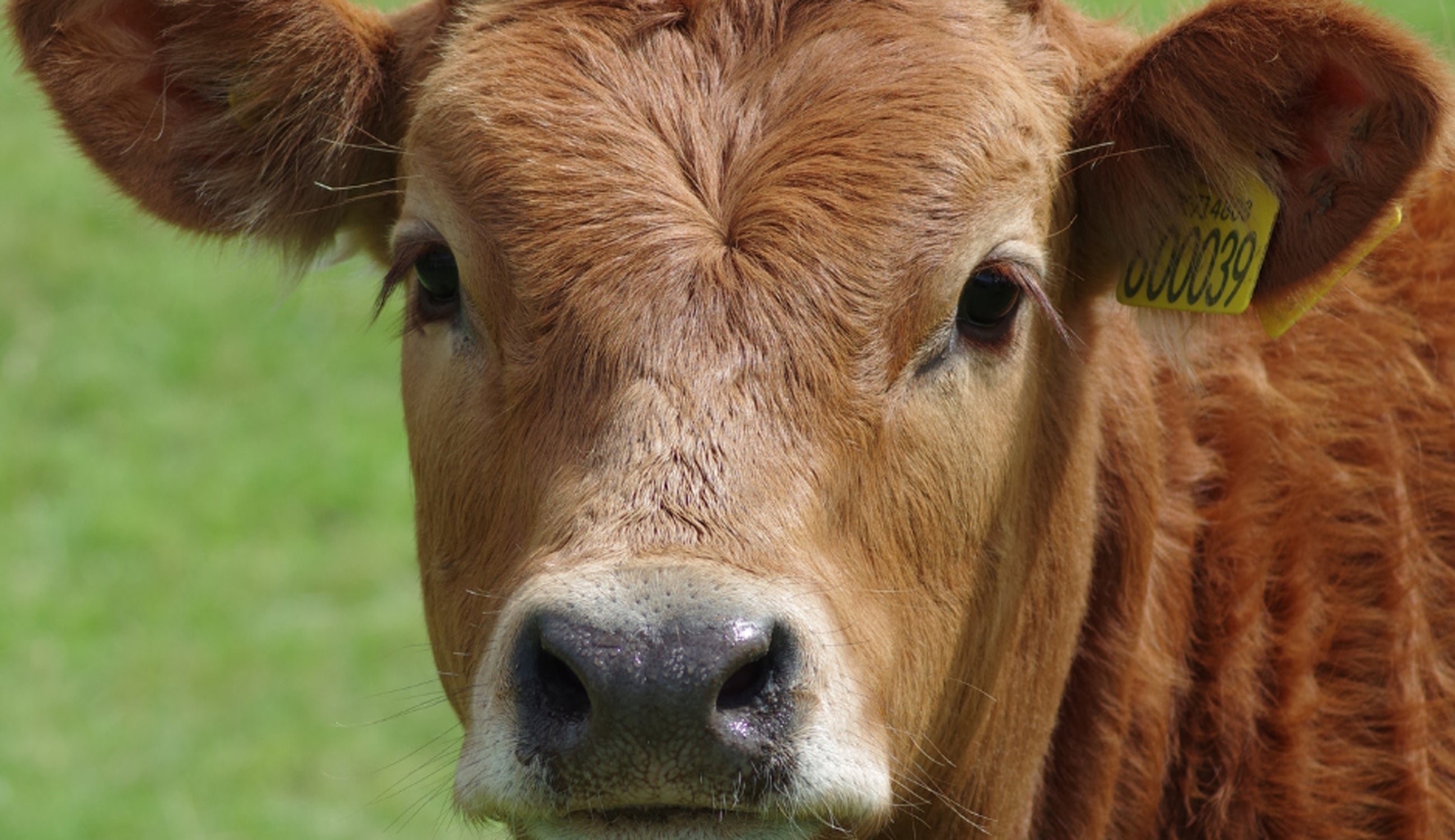 Have you seen the option to feed a shelter dog on our checkout page? With every purchase, you can choose to have us donate 1 bowl of vegan dog food on your behalf. But why vegan dog food? It’s normal to have a few questions – to start, you may be looking for more information behind why we chose to donate vegan dog food to abandoned, homeless, and previously abused dogs in China.

When this partnership first began, we tapped the Founder of Plant-Powered Dog, Diana Laverdure-Dunetz, to share her expertise and knowledge of this controversial subject with our readers.

Laverdure-Dunetz holds a Master of Science degree, and has committed years of her career both researching and proving the positive effects and health benefits of vegan food for dogs. She’s accustomed to questions and skepticism around this particular global mission (which is supported by many doctors, veterinarians, and animal activists alike), and was happy to share her knowledge with our team at 100% PURE. Learn more below!


Do you think there is a general resistance or denial to believe that vegan dog food is actually nutritious for dogs? Why do you think people have a hard time believing that it works?

There is definitely a strong resistance and denial among dog guardians that a vegan diet is nutritious for dogs. I see this all the time on social media, where people become very upset about this topic and insist that dogs are carnivores and must have meat to be healthy. I think this resistance stems from decades of misinformation by groups that profit considerably from the slaughter, rendering, and sale of meat-based pet foods.

These groups go to great lengths to market the message that companion dogs are carnivores like wolves. In reality, dogs have evolved alongside humans in agrarian (farming) societies for tens of thousands of years, where they lived on a variety of plant-based crops. But, even when presented with scientific facts that dogs are omnivores, many people still cling to the belief that dogs are carnivores because they have heard it over and over for so long.

Interestingly, the belief that dogs need animal products to thrive is also a cultural phenomenon. In more affluent Western countries such as the United States where meat consumption is high, we also feed high-meat diets to dogs. However, in countries such as Thailand or India where consuming meat is a luxury or prohibited due to religious beliefs, dogs thrive on vegan diets. This debate would likely seem silly in these countries!

What benefits (environmental, agricultural, etc) do you see happening as the result of a mass consumer shift towards vegan dog food?

Our planet is at a tipping point. Currently, 70 billion farm animals per year are slaughtered for human and pet food, which is both cruel and an unsustainable strain on the Earth’s natural resources. Production of meat to feed companion dogs is a huge contributor to this global crisis, because dogs eat far more meat per pound of body weight than people do.

Shifting to a vegan dog food is a wonderful opportunity to help reverse the current environmental destruction, replenish our natural resources, and move towards a more compassionate world that respects all living beings. The good news is that each one of us can have a major positive impact.


It has been estimated that shifting just one 70-pound dog from a meat-based to a plant-based diet could save as much as 2,200 gallons of water, about 60 square feet of rainforest, about 90 pounds of grain and the lives of two farm animals — per day. A vegan diet is good for our dogs, good for the planet, and good for all living beings!

What sort of vegan ingredients can you identify as especially nutritious for dogs? Could you give us some examples of a non-vegan dog food ingredient and its suitable vegan replacement?

There are so many vegan ingredients that are nutritious for dogs! Phytochemicals — beneficial compounds that act as antioxidants and help fight inflammation and even cancer — are found in plants, not animals. Healthy starches such as sweet potatoes, green-leafy vegetables such as collards, and cruciferous vegetables such as broccoli are loaded with phytochemicals and I love including them in my formulations.

But when talking about a vegan diet, people are most concerned about whether their dog can get enough protein. The answer is, absolutely! Legumes, including garbanzo beans (chickpeas), lentils, and kidney beans are all wonderful plant-based replacements for animal protein. Organic, non-GMO soy is also an excellent replacement for meat-based protein, as long as the dog is not intolerant to soy.

Do you believe that all dog breeds and ages can sustain optimal nutritional health on a vegan diet?

I do believe that all dog breeds and ages can sustain optimal nutritional health on a vegan diet. A study done of sprint-racing Siberian Huskies found that the dogs fed a nutritionally balanced vegan diet did just as well with every health parameter as the dogs fed a meat-based diet, and I can’t think of a more physically taxing situation than that of a sprint-racing sled dog!

However, just as with any type of diet, it’s essential to consider the nutritional needs of the individual dog and to ensure that they are receiving a properly balanced diet. Growing puppies and pregnant or lactating dogs, for example, require higher levels of many nutrients, including protein. There are commercial vegan dog foods on the market formulated as “complete and balanced” according to the guidelines of the Association of American Feed Control Officials (AAFCO). I recommend dog guardians do their homework and select a product that meets the needs of their individual dog.

What are the key benefits to a dog's health on a vegan diet?

There are so many health benefits of a vegan diet for dogs! Vegan diets are very allergen-friendly because most of the top food allergens for dogs are animal proteins. By switching to a vegan diet, dogs with food intolerances can get major relief from symptoms such as dry, itchy skin, yeast infections, diarrhea and vomiting.

Vegan diets are also higher in fiber and lower in fat than meat-based diets, which helps dogs shed unwanted pounds. This can dramatically improve life expectancy, since overweight dogs are shown to live up to two-and-a-half years less than dogs of ideal weight.

Vegan diets are also packed with phytochemicals, anti-inflammatory compounds that can help prevent and manage a variety of chronic inflammatory health conditions, ranging from arthritis to cancer.

But perhaps the key health benefit is what is lacking in a vegan diet — the overload of toxins found in animal products. Antibiotics, growth hormones, pesticides, herbicides, and other chemicals accumulate in animal fat and tissues. When dogs consume animal products, they also consume these accumulated toxins. The lower on the food chain you eat, the “cleaner”, or freer of toxins, the diet. This is good news for vegan dogs!

What do you think it would take to make a full cultural shift to vegan dog food, at least in the U.S.? Are there any other cultures who feed their dogs a vegan diet?

I think that making a full cultural shift to vegan dog food will require a radical re-examination of the way we see our place in the natural world. We will need to identify as part of nature, rather than isolated from it. This is especially true in affluent, technology-driven societies such as the U.S., where very little about our lives is natural.

If we can recognize that the choices we make for our dogs directly affect the wellbeing of all life, then we will make truly “holistic” choices that support the health and welfare of the “whole” — all animals and the planet.

I know veterinarians who volunteer in countries where feeding a vegan diet to dogs is part of the culture. These veterinarians report that dogs in these countries exhibit far fewer incidences of chronic diseases than in Western countries, despite living under much harsher circumstances.

For more information on vegan dog food diets, you can also visit the FAQ section at Plant-Powered Dog’s site, or browse their blog for more articles on health, recipes, and nutrition for dogs.